Why Choosing the Best Commercial Fire Alarm Systems Is Critical

It is not difficult to guess why commercial fire alarm systems are so important – protection of property and life are obvious reasons. However, what might not be so obvious is why choosing the best system for the situation is so critical. Having a system that won’t meet the task because it wasn’t designed with the property demands and limitations in mind is almost as bad as having no system at all. 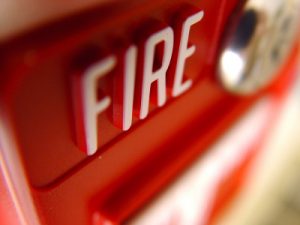 The power supply for commercial fire alarm systems can be either battery-powered or feed off the building’s power supply. There are advantages with each. Battery-powered commercial fire alarm systems will work even if the power fails, but it is important to change out the batteries often. Those powered by the building’s power supply may cost a bit more initially, and you run the risk of the system failing during a power outage. However, they will save you money over time, since there is no need to continually purchase new batteries, and the risk of power failure can be reduced with a battery backup system.

The last aspect of quality commercial fire alarm systems determines who will be alerted by the alarm. Rather than just emitting an audio alarm that someone must be around to hear, the best systems will alert the fire department directly. This results in a quicker response so the fire can be brought under control much quicker.

Often the best commercial fire alarm systems are a hybrid. For example, there may be an automatic system that has manual activation points, as well. A discussion with our fire alarm installation specialists at HAYNES Technologies in Asheville, North Carolina will ensure the system you choose is tailored to fit your property.